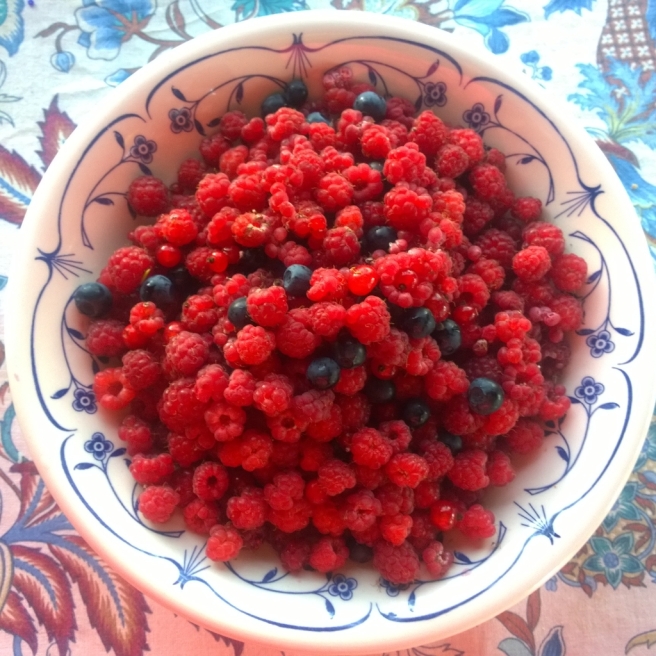 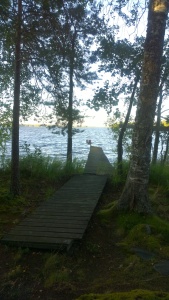 Last weekend we decided to head for the lake house, also known as summer cottage (kesämökki), as the Finns call it. Of course the idea was not only to relax by the lake, but to also explore the nearby forests for mushrooms.

I packed my basket and grabbed a kitchen bowl from the cottage, just in case I would find berries along the way. It turned out, that I never quite made it to the forest.. As the sides of the cottage road were filled with raspberry bushes, with the branches bent from the amount of berries.

I was freaking out a bit to push myself through the raspberry bushes and accross the ditch between the road and the forest, as I forgot to pack rubber boots along. It’s better to wear rubber boots as there may be vipers enjoying the warmth of sun, on the rocks and tree stupms. While in nature, it’s good to be humble and keep in mind that you are entering the food chain, and not always the top of it. However, I soon forgot my worries, as I got mesmerized by the sea of ripe raspberries all around me, like being surrounded  by precious rubies. (And no, there were no snakes in sight anywhere). 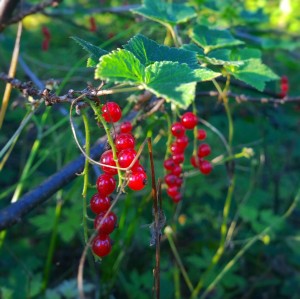 I also found some wild red currants, growing among the raspberries. Most likely blackbids or other common “berry thiefs” have been enjoying the currants from someone’s back yard, and then spread the seeds into the neighbouring forest. For me this was of course lucky discovery, as the red currants have plenty of vitamin c and they are excellent for a Finnish dessert called ‘vispipuuro’, a whipped porridge which is made out of semolina and berries such as currants, lingonberries or crandberries.

In the end, I never made it to search for mushrooms but I got more than I expected. My bowl run out of space before running out of berries.. I put some of the berries into freezer to enjoy them during winter, and some we enjoyed fresh, while relaxing by the lake 🙂 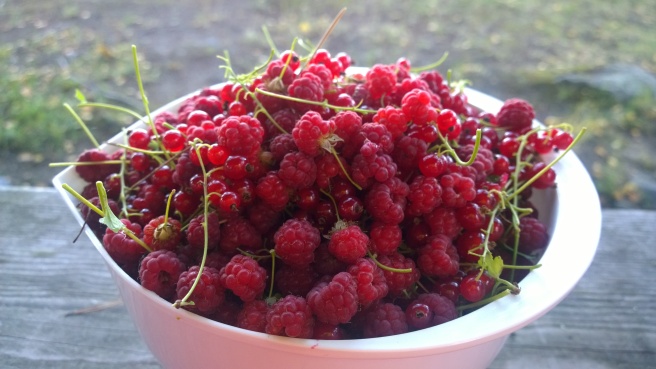 One thought on “Forest rubies”