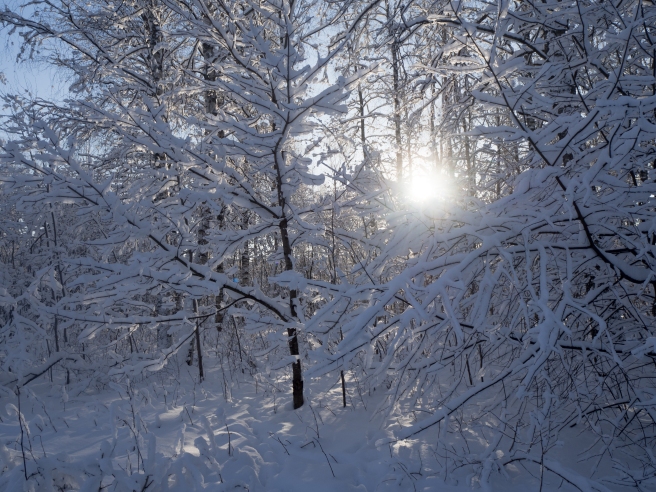 For the past week we’ve had quite a snow blizzard in Finland. Even here in the southern Finland we’ve had a chance to enjoy such snowy landscapes that you would normally see further north. 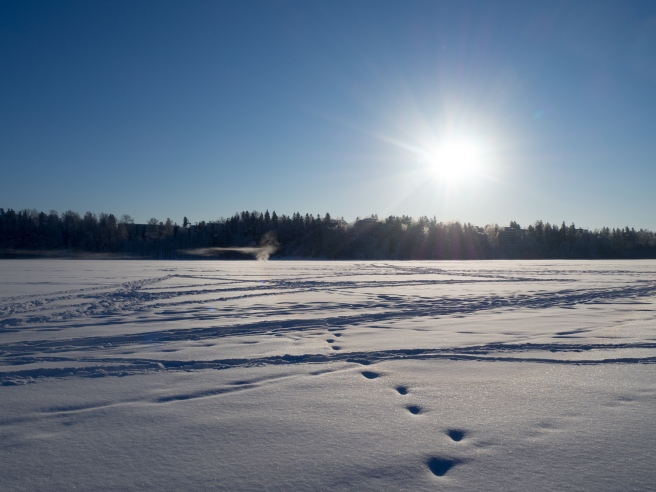 The lakes and the Baltic sea is frozen. This view is from Lippajärvi lake in Espoo. It was -20C and the snow was sparkling and crunching under our shoes. It would have been better to have snow shoes on! 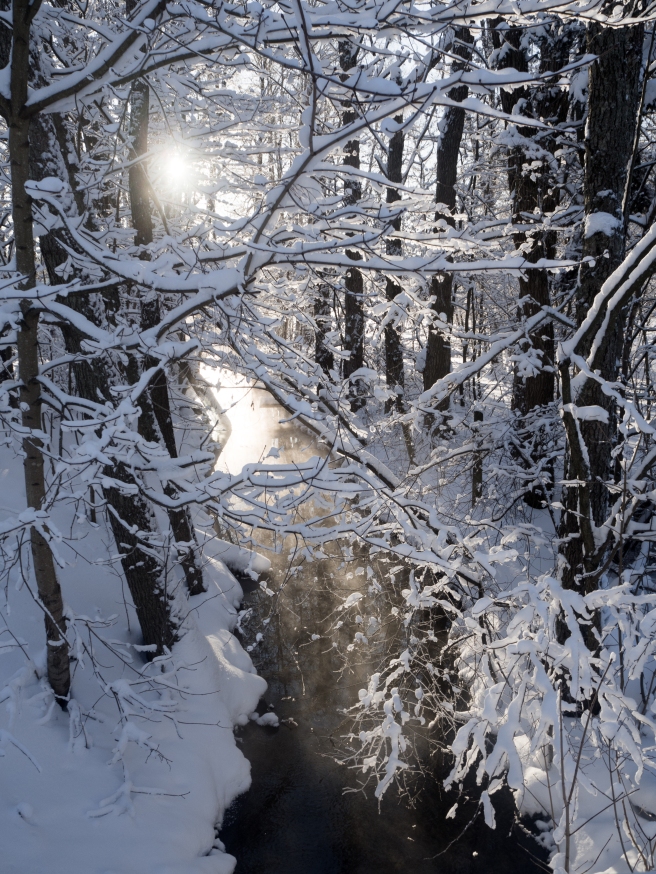 Small river is still open even in -20C. 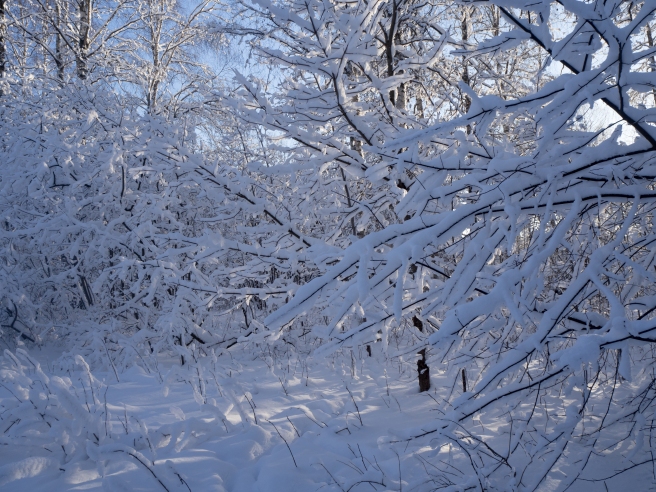 Trees are covered with snow.. there were paths made by deer. Some had even come by our house during night to find food. 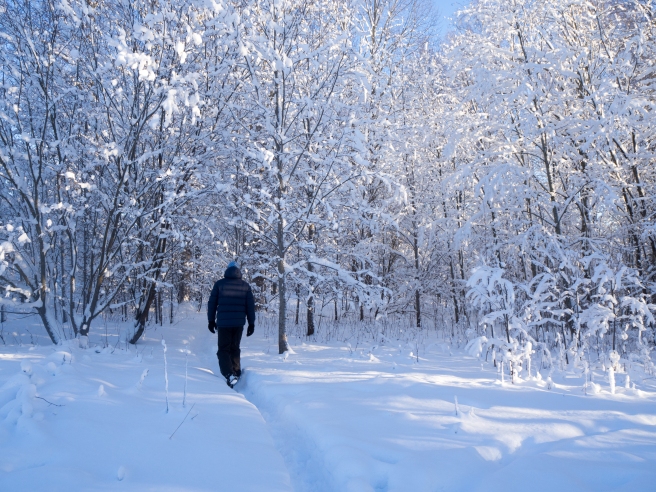 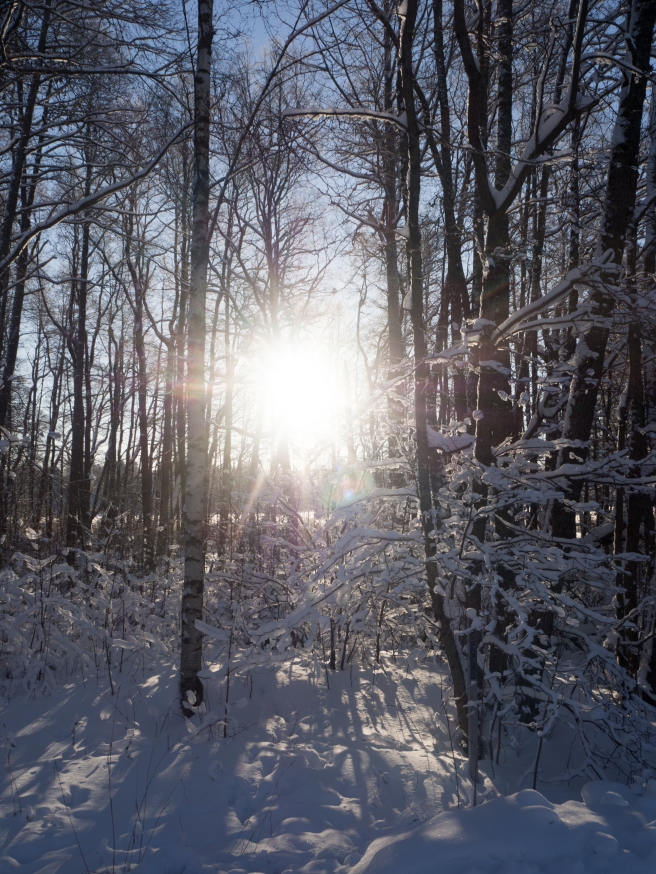 You can see how low the sun is even during mid day. Luckily the darkest time of the winter is already over, the day is slowly getting longer and even in Utsjoki the sun has risen above the horizon for a couple of weeks already. 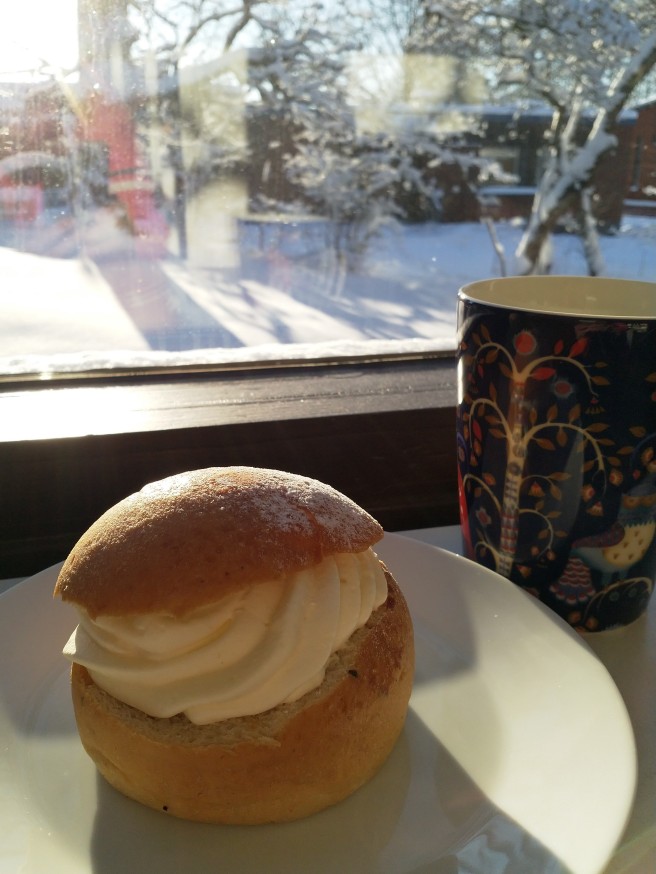 After a walk in winter wonderland and enjoying the crisp and frosty air, it was nice to take a cup of hot tea and enjoy Shrove bun, ‘laskiaispulla’. This is a special type of bun which can be found in the cafés and supermarkets around January-February. It’s filled with whipped cream and either by almond filling which resembles marzipan or then with strawberry or raspberry jam. Both flavors have their supporters.